Hertford Museum’s archaeological collections date from approximately 40,000 years BC to AD 1800 and whilst several objects are on permanent display, our reserve collections occupy nearly a kilometre of shelving in our stores. The collection consists of objects excavated previously by our founders, the museum and more recently by commercial field units, as well as individual objects discovered by metal detectorists and members of the public. 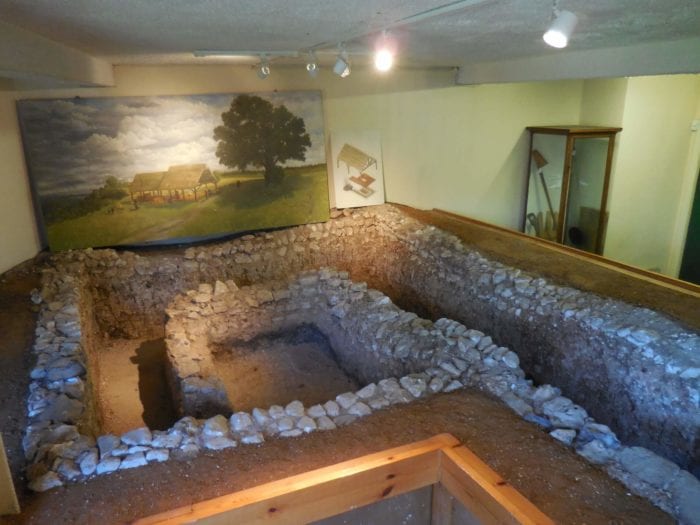 Hertford Museum is guardian of the only Roman Corn Drying Oven in captivity in the UK. The 4th century roman corn drying oven was excavated in 1975 at a multi period settlement at Foxholes Farm, Hertford. The oven was originally covered by a wooden floor, where grains of barley were placed. A fire was lit in the stokehole, warming the air in the oven and drying the barley, like an under-floor heating system, ready to make beer.

The corn dryer, which weighs approximately 20 tonnes, was carefully excavated by the Hart Archaeological Unit and transported in two halves to our off site store at the seed warehouse, where it was carefully reassembled. The corn dryer is available to view by appointment or at one of our twice yearly stores open days. 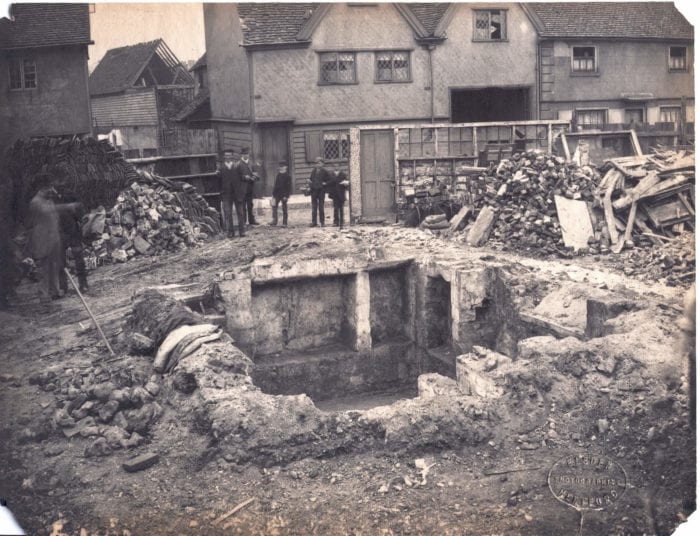 Our founders, the Andrews brothers, were founding members of the East Herts Archaeological Society, and made detailed records of excavations they undertook around the town, including Hertford Castle, Hertford Priory and the Church of St Mary the Less. Objects from these excavations include beautiful medieval glazed floor tiles and intricate stonework. The brothers also attended auctions of objects excavated locally and made several important purchases of collections of Roman pottery from Mangrove Road in Hertford and Welwyn. 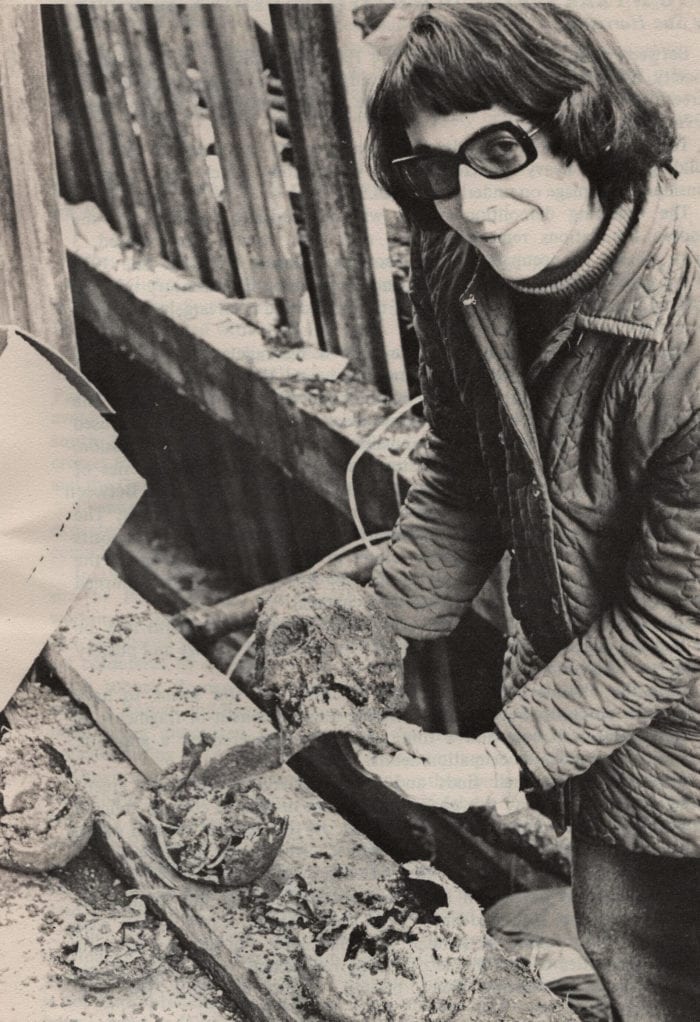 From the 1960s to the 1980s, the museum undertook excavations and watching briefs in partnership with the Hart Archaeological Unit, as well as drawing manpower from local schools and community groups. These excavations were usually in response to development or as recue digs. Collections include the late saxon cemetery at Market Place, Hertford, and large areas of Parliament Square, prior to construction of new buildings opposite the war memorial. 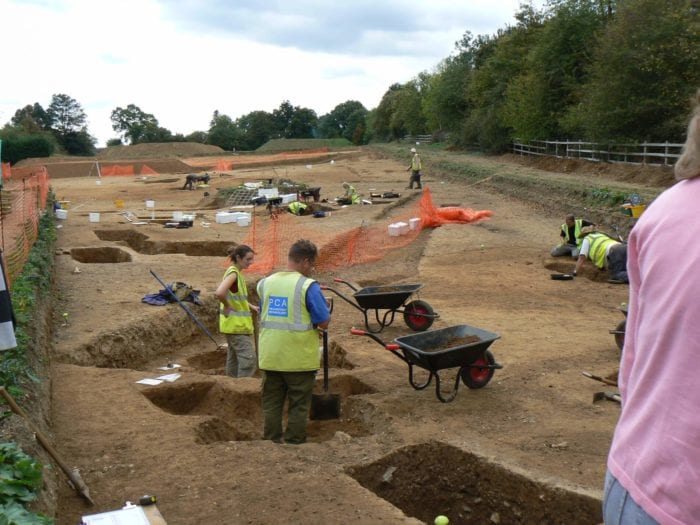 Most excavations or archaeological monitoring projects occur in response to new developments in areas of historic significance, of which East Hertfordshire has a great many. Developers have a responsibility to fund any archaeological work required and commercial field units are required to deposit finds and archive material with a suitable repository, such as Hertford Museum. Our role is to care for and make accessible these archives in perpetuity. Terms and Conditions for Commercial Archaeology Deposition. 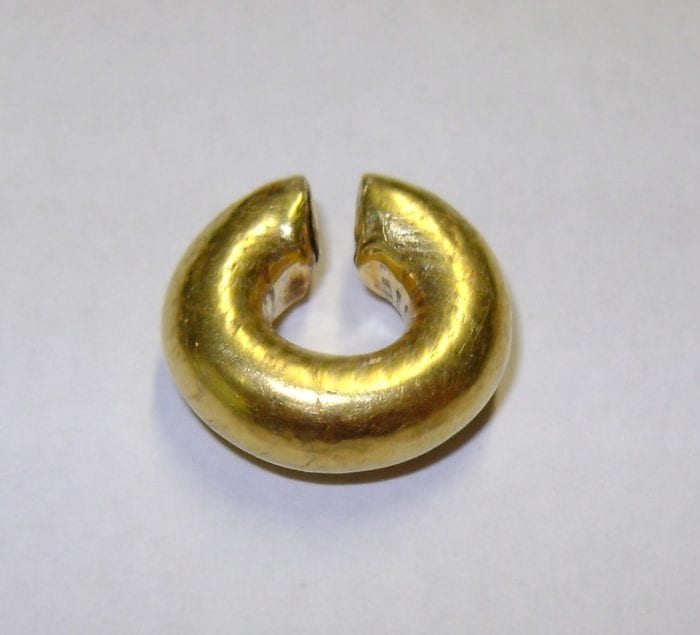 We hold a range of collections discovered by members of the public, out walking, in their gardens or metal detecting. Finds include a Bronze Age metal worker’s hoard from Hertford Heath, a silver Saxon penny from Stocking Pelham and a Tudor cloak fastener from Brickendon. For advice on safe and legal metal detecting please contact the Portable Antiquities Scheme www.finds.org.uk 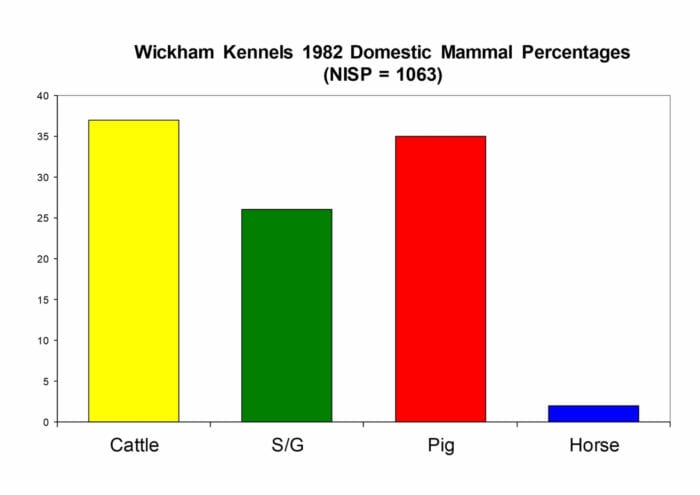 The scope and wealth of our archaeological collections means they are frequently used to aid new research. We have worked with individuals and Universities around the country; recent examples include our Late Iron Age animal bone from sites at Braughing and Puckeridge, demonstrating exciting differences in the dietary habits of people living here compared to other parts of the UK and inferring greater trade links with Europe than previously suggested. 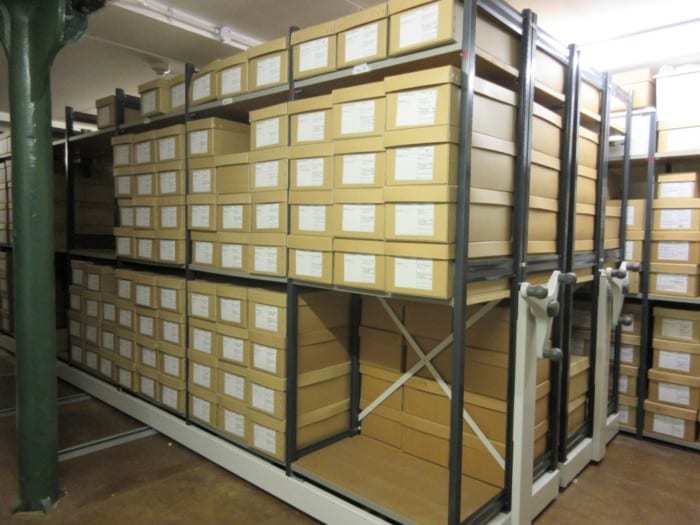 We have been working towards greater storage capacity for our archaeology collections, to ensure we can continue accepting new excavation material for years to come. This has involved converting our storage racking to mobile shelving, AKA roller racking, in two of our archaeology store rooms. The overall cost of this is £18,100 and, with the support of individuals, groups such as the Robert Kiln Foundation, the University of Hertfordshire Heritage Hub and, in particular, the hard work and enthusiasm of the Friends of Hertford Museum, we raised enough funds to complete Phase One of the project in November 2020. We still urgently need funds to complete the Phase Two. If you would like to support this project, please donate to our kindlink fundraiser here.

You can find out more about the project by watching this video.