Hertford is luxury for the boating world.

In the first lockdown of 2020, Suzi and Jo, a young couple living in Croydon, South London, decided to move onto a narrowboat. In the autumn, they were travelling down the River Lea, when they decided to settle in Hertford for the second lockdown.

Suzi and Jo lived near the canal in London, and were familiar with narrow boating. In early summer 2020, they bought their boat from Hallingbury Marina in Bishop Stortford, intending to travel back down into London. They explored lots of places on the way, including Sawbridgeworth, Harlow and Broxbourne. However, their journey was halted by the lock south of Broxbourne closing for maintenance, preventing access to London. As much of the rest of the country was categorised as Tier Three, the canals on the River Lea stayed in Tier Two, so Suzi and Jo decided to abandon their plans for London and find somewhere on the Lea to moor.

After staying in Ware for a fortnight, they continued up to Hertford, a “cul-de-sac” of the canal world. They wanted somewhere that they could possibly bring their car to, with local amenities and a town nearby, and access to a water tap and bins for their boat. With the town centre, and the countryside on their doorstep, Hertford was “the luxury for the boating world”.

After mooring near Folly Island, and later, the allotments, Suzi and Jo got to know other narrowboaters and land-based residents well. For Christmas 2020, they decorated their boat with lights and spent the day there, greeting other Hertford residents out on their Christmas walks. It was also on Christmas Day that they found out they were pregnant with their first child and decided that they needed to move onto dry land because “boats and babies don’t mix very well”.

On their lockdown walks, they’d grown to love the Port Vale area, and soon found a house. When they told the vendors that they were moving off a narrowboat, they were pleased to hear that the vendors were also narrowboaters, who had travelled the Lea and Stort for four years before settling down on land. “It was meant to be really”.

After welcoming their son Raff, Suzi and Jo not only had the narrowboat community but also the parenting community of Hertford. They encourage newcomers to Hertford to get to know the history of the town, and talk to people, and are very excited for their future in Hertford as it opens up again. 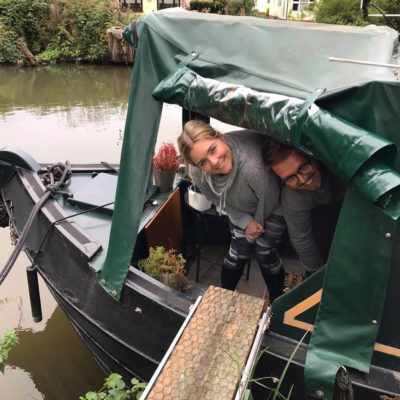 Suzi and Jo in the bow of the boat 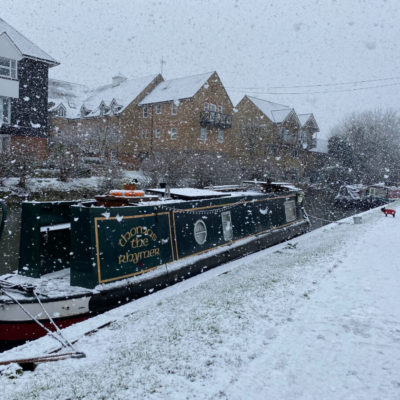 Suzi and Jo’s boat, Thomas The Rhymer, moored outside the Folly Island allotments. 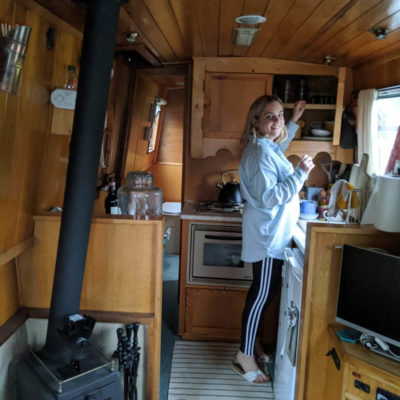 Suzi in the galley of the boat 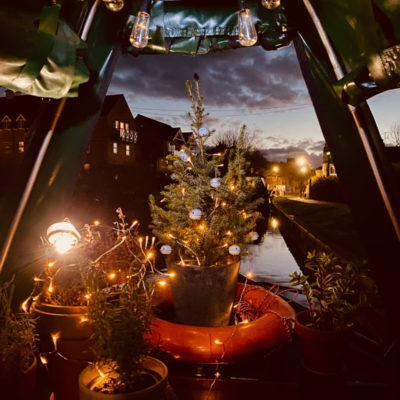 Suzi and Jo’s Christmas decorations on their boat, 2020, the Christmas they found out they were expecting a baby. 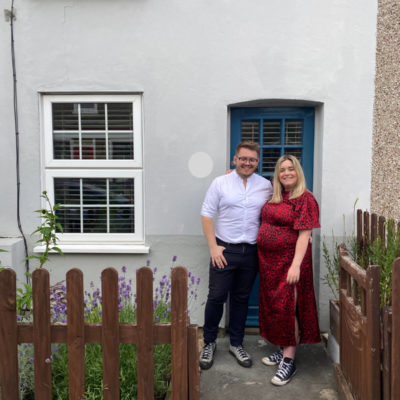 Suzi and Jo outside their new Port Vale house. 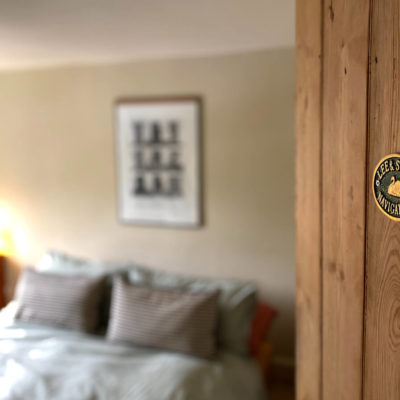 Navigation plaque for the Lee and Stort canal, left by the previous owners of Suzi and Jo’s house. 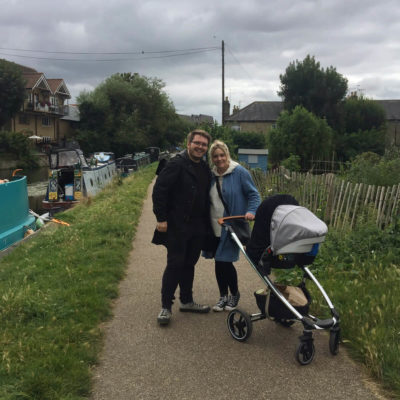 Locking down in Hertford on a narrowboat 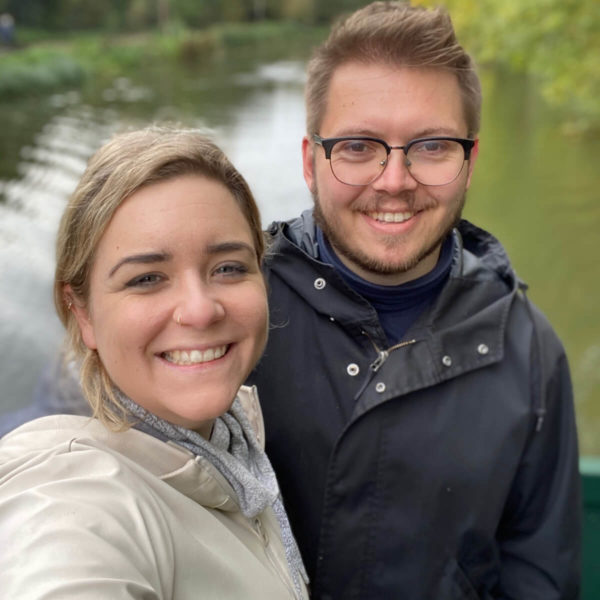