I had very clearly in my head that I wanted a town with a community.

Kate Lopez moved with her family to Hertford nearly six years ago. Born in the Cambridge Fens, she travelled to Barcelona in her late twenties, where she met her husband Paulo. In Spain, she had her two daughters, who spent the early years of their life in Barcelona before the family moved to the UK when they were six and four years old.

After Paulo was offered a job in London, the family decided that they would relocate to the UK. They had been to Hertford before, to visit Paulo’s brother, but were not overly familiar with the town. Kate knew that she wanted somewhere with a strong community, and a month after Paulo had travelled over to find a house and schools, the whole family arrived in Hertford.

The move posed some challenges, in particular for Kate’s daughters, who had been used to speaking Spanish and Catalan at school. The quiet town was also a far cry from the busy city of Barcelona, which made it “too quiet” for Kate’s youngest daughter to sleep.

Despite having lived in the UK previously, Kate was surprised at the typical day, finding it strange that the shops closed around five o’clock, whereas in Spain, families would stay out until later.

However, Hertford did provide the community that Kate was looking for, with local spots such as Leaf Café, the Museum and Hartham swimming pool providing places to meet new people. One of the first people I met, we were at Hartham swimming pool and my daughters were saying to me, “mummy, mummy we can hear Catalan, we can hear someone speaking Catalan”. It felt like a connection almost to home in some ways. she’s basically a neighbour, so yeah, I still speak Catalan around Hertford, which is amazing.

Kate’s daughters are proud of their Spanish background but having lived here now for nearly the majority of their lives, they feel that Hertford is definitely their home. 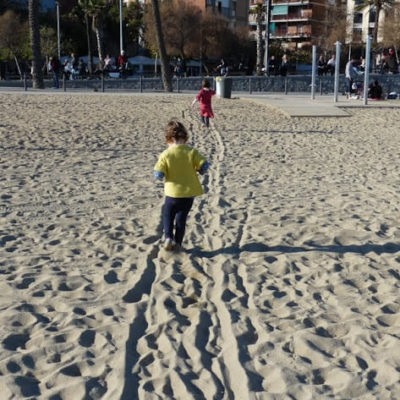 Kate’s daughters on the beach in January, Barcelona 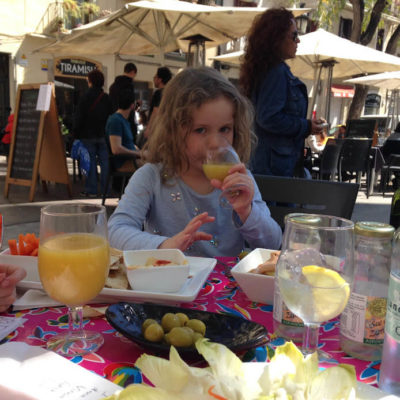 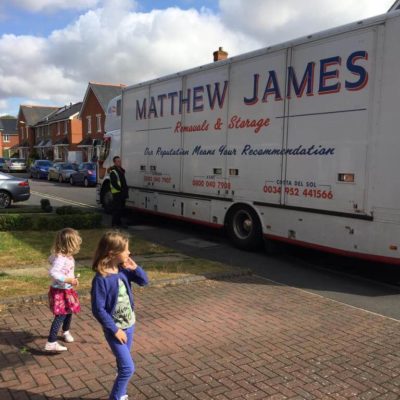 The “big, big” removal lorry outside the Lopez’ new home in Hertford.

Kate remembers the move to Hertford from Barcelona

Read Kates memories of the move from Barcelona to Hertford

Kate recalls how she and her family adapted to Hertford life.

Read Kate’s memories of adapting to life in Hertford 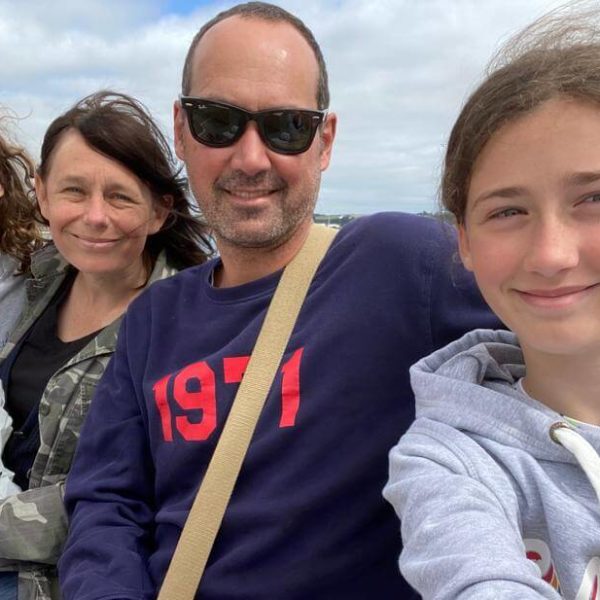