Came here on the Saturday, and it was lovely, it was buzzing and I said, “Oh God, this looks nice!”

Alice is originally from Norway, her real name is Turid, but she is known as Alice in England. Her hometown, Harmar, sits on the shores of Lake Mjosa, Norway’s largest lake. A county town like Hertford, it hosted several events in the 1994 Lillehammer Winter Olympics, including Torvill and Dean’s figure skating. In 1967 Alice moved to London to improve her English.

Sean grew up on a farm near Dublin, milking cows, and playing football. After the war, Ireland struggled economically, so there was a lot of emigration, including Sean’s parents and several of his siblings. Sean himself moved to London, where he went to University, found work as a teacher and met Alice.

The couple enjoyed London in the 1960s, eventually moving out to Reading as their family grew, but new jobs necessitated a major move: “In the summer of 1980 we moved to Hertford.  Sean got a job in Cheshunt and I got a job in Hitchin, so we looked at various places, commuting distance to both. Went to Hatfield and weren’t terribly impressed, came here on the Saturday, and it was lovely, it was buzzing and I said, “Oh God, this looks nice!””

In Hertford, they enjoyed the countryside and the opportunities to walk, run and cycle. The parks, leisure facilities and good schools served them well as a family with three young children. However, in the forty years since they’ve lived here, Hertford hasn’t been without its changes; Alice recalls the wide selection of town centre shops available to them in the 1980s: “I heard they were building a new shopping centre with a Waitrose, so it was brilliant, I was so happy, because that did happen and I think we had seven shoe shops, loads of butchers, so I never went shopping anywhere except in Hertford. And of course, Gravesons, the department store, a lovely little department store, bought my work clothes there.  And there was a lovely shoe shop opposite Castle Hall. This particular one was an old fashioned one, shelves and boxes, and I’d sit, “I need a pair of pumps, brown and not too big a heel” and the ladies would come around with their boxes! That’s all gone.”

There have also been improvements, particularly in terms of sport, as Sean, a regular marathon runner, explains: “I think there’s been a revolution, particularly in women’s sport…  You see far more women running now than ever, more than men, and of course the gym, on Hartham Common, they’ve got these lifting beams and poles and loads of women out there in the morning… I used to be a member of the tennis club in the ‘80s… We never played in the winter, now it’s floodlit, beautiful surface, and they’re playing throughout the year, even saw them playing in a slight snowstorm… So that is a tremendous move forward.” 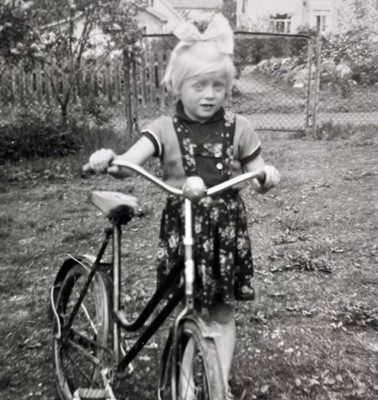 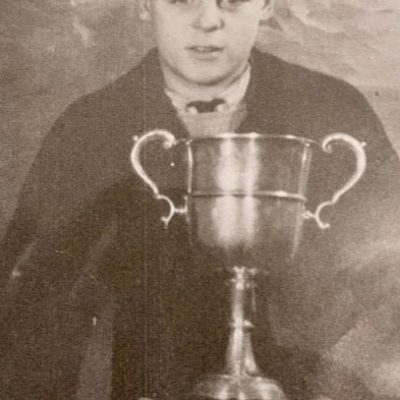 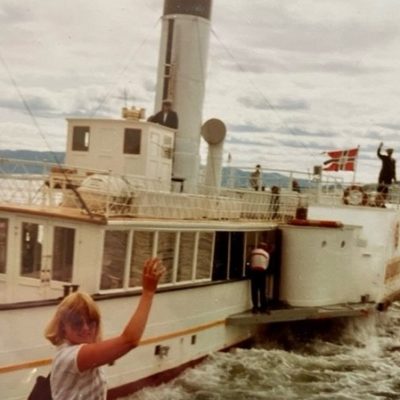 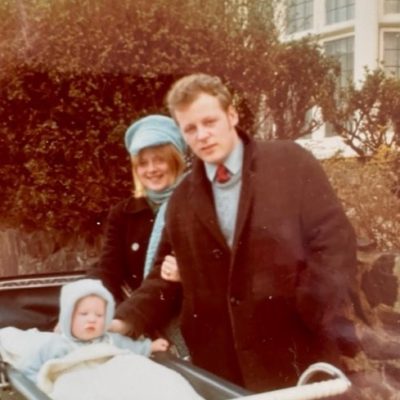 Alice and Sean in Finchley with baby Ragnar, 1969 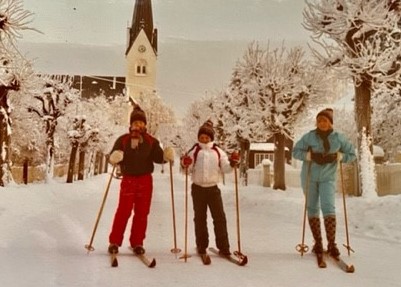 Alice skiing with her sons, Harmar 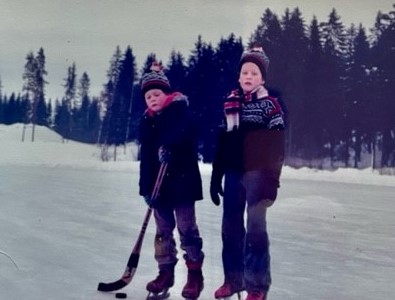 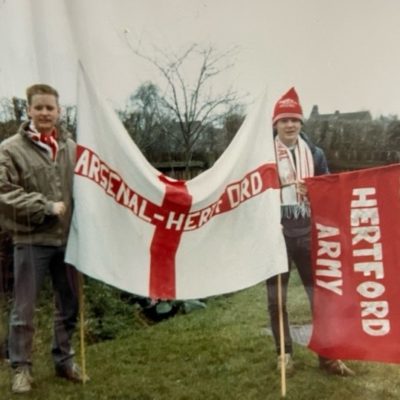 Sean and Alice’s sons representing Hertford before heading off to watch Arsenal at Wembley, circa 1987

Moving to Hertford and why they love the town

Changes to Hertford in the last forty years 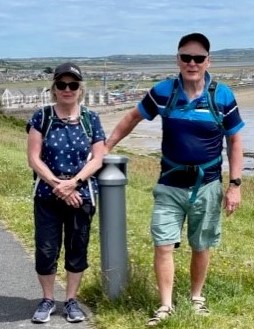